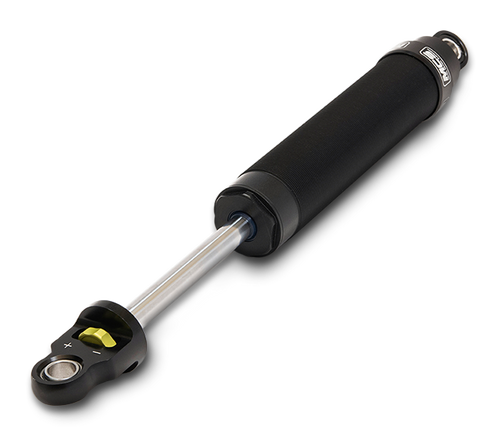 The MCS 1WNR damper is a single-adjustable damper with an adjustment range of 18 settings. Built as an “entry-level” (yet still race-capable and winning) damper, MCS 1WNR dampers are upgradable to our other damper systems. The modular design of MCS damper systems use interchangeable parts for an easy upgrades, without the need to invest in a new package. All MCS dampers are fully rebuildable, serviceable and can be custom-valved and upgraded any time.

The MCS 1WNR damper system rings tremendous value and capability in a clean, easy to install and use package; and for these very reasons, was chosen to be used for NASA Spec E46 and NASA Spec Iron racing series.

MCS is our "go to" damper system for our race cars and has been for many years.   I'll tell you a bit about the man who founded the company and who does all the design work as it is important to understand why you should consider buying MCS Suspension.  MCS is headed by Jerome Van Gool, he is the "Brains" behind the designs and his resume speaks for itself. Jerome entered the suspension industry in 1990 and since then, Jerome has been building, designing, and servicing dampers for notable teams such as Alfa Corse, PTG, and GM in ALMS, Trans-Am, DTM, World GT Championship, as well as others.

He has been involved in over 100 European, Asian and US Championships and countless race wins, including 24 Hours of LeMans and the Nurburgring 24. Jerome’s work has also won FIA World GT, World Touring Car, World Sportscar, and a broad range of European and North American GT and Touring Car championships.  So, it is needless to say that he designs one heck of a shock absorder system.

MCS offers some of the worlds best suspension available at any price for race and road going cars.   The application list is extensive and if you do not see your application on the list, just give us a call because MCS can probably make what you need.